Back in the spring of this year, the TFS team released Service Pack 1 and a feature pack that added official support for adding Project Server to a TFS deployment. Prior to this release, you had to use a Powertool to get this to work. Now it’s an officially supported configuration.

I spent a little time setting it up this week and wanted to crow post some thoughts.

Biggest lesson learned: you need a lot of RAM. Or, you need more than the paltry 2G I usually setup my test VMs with. I did manage to squeeze SQL Server 2008 R2, MOSS 2010, and TFS 2010 into a 2G VM. But when I added PWA, Visual Studio, and Project Professional 2010, the VM went over its threshold. My RAM maxed out. 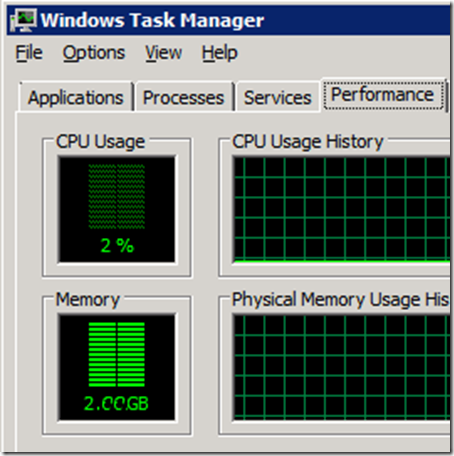 Everything shuddered to a halt. Browsing slowed down and most commands timed out. I doubled the RAM in the VM to 4G. I’m still a little sluggish, but I got it all installed and working.

If there’s interest, I may create a video next month.

Tim is probably walking his dog.